After performing fundamental research it was decided to locate the center in the city of Bandar Abbas. The Southern part of Iran has promising potentials and it has an exceptional location with the neighboring countries in the Persian Gulf.

The presence of the world known Iranian physicians along with their leadership in the advancement of this center and training native physicians was the intention of the project's client. In addition to offering services to the local population, the objective of the project is to provide international services especially to the GCC countries along the Persian Gulf and Iran's neighboring countries. A lot of medical tourists currently travel to Iran for medical services due to the available facilities and the skilled health workforce. The design of this center has been based on mutual interaction between human and nature, this is where healing architecture plays an important role in curing patients. By taking into account the medical, financial and environmental researches, the spatial organization of the site was founded on designing a 250 bed hospital, a hotel, a cancer institute, a rehabilitation center, dermatology clinics, SPA and a commercial healthcare center. These are a combination of functions that attract a considerable amount of tourists to this center.

The design of such a medical center is not exclusively complex due to its large scale but because of the interference of various sciences such as medicine, social science, psychology, the treatment periods and etc. a lot of complexity is imposed on the project. The entire project is to be constructed in different phases from the income generated by the built structures. The 250 bed hospital which is the primary core of the project is to be built at first and later the hotel, cancer institute, rehabilitation center, amphitheaters, SPA and the commercial healthcare center will be built. The scope of the project and the specialized centers are as such that the accessibility to the specialized spaces played a fundamental role in the spatial organization. In addition, the context of the project, the culture of the people and the tourists where among the considered essential parameters.

By observing the vernacular architecture of the region the utilization of large hollow rings was an appropriate approach. Through shifting the rings, efficient energy consumption, wide views and direct access to green space was reached. Furthermore, designing openings for the entrance of daylight had importance for three reasons:

1. eliminating frightening, narrow and long spaces in medical buildings which is the main communication space of such places

2. achieving healing architecture which results in the reduction of patient's treatment period

3. the reduction of electrical energy consumption

The deep holes in the façade of the entire project, directs the daylight to all of the interior spaces. Besides directing sun light inside the building, these holes create a cross ventilation in this large scale structure. Moreover, using a favorable cantilevered space plays a vital role in the climate of the region. Via creating shadows and by the passage of desirable winds from the mountain to the sea and vice versa, this suspended space is converted into a comfort space. Additionally, the large green spaces below and above this cantilevered level help in environmental sustainability.

By smartly using colors and lights for the interior, aesthetically beautiful spaces are provided for the medical tourists who are mentally not at their best state of mind. The façade of the building is associated with the traditional mat weaving of the region. This double skin façade creates shadows and it has a wide diversity which is formed out of a single structure in various shapes. Moreover, it moves through the entire project and is transitioned from one kind to another (maintaining its prior structure). 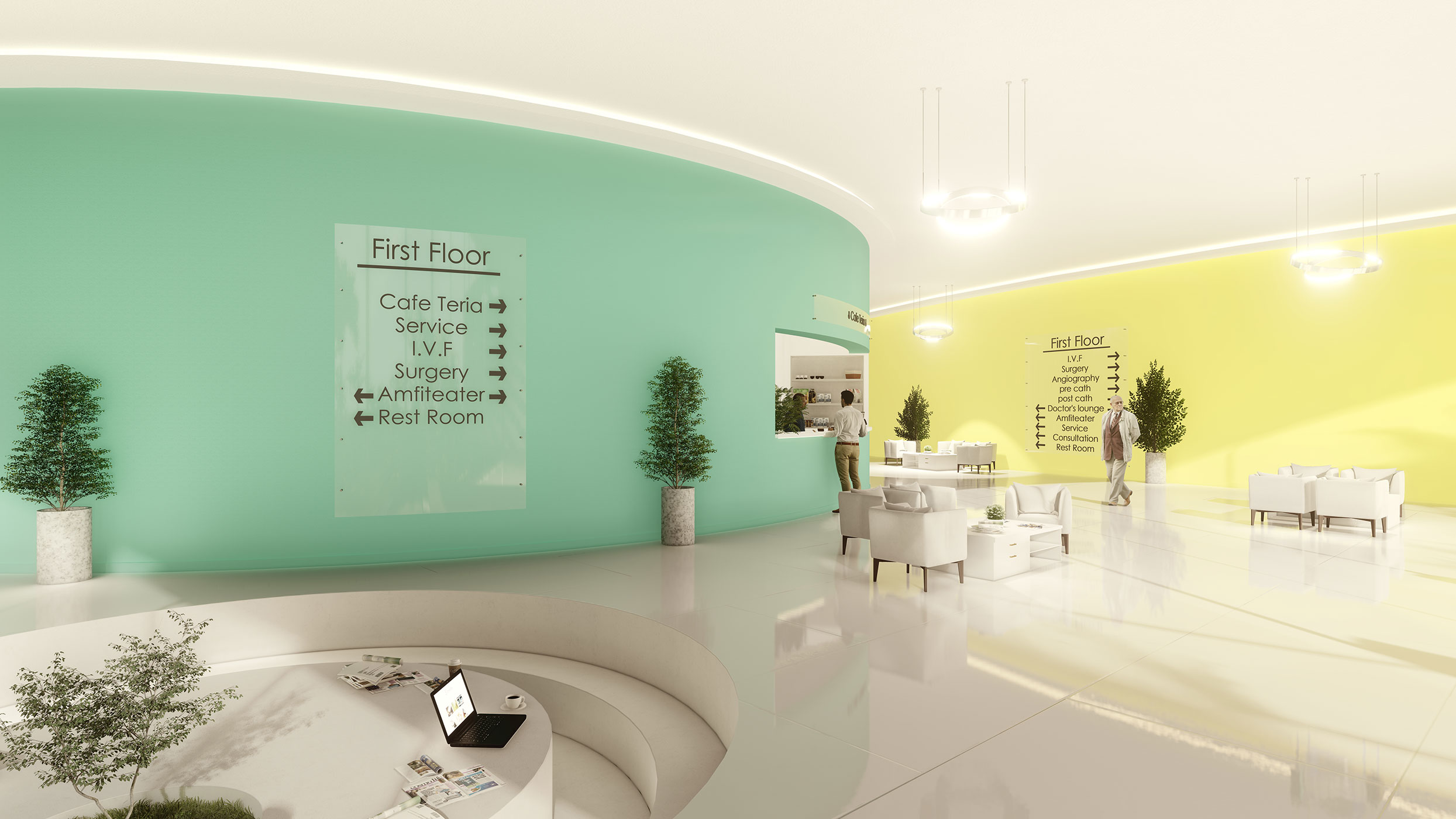 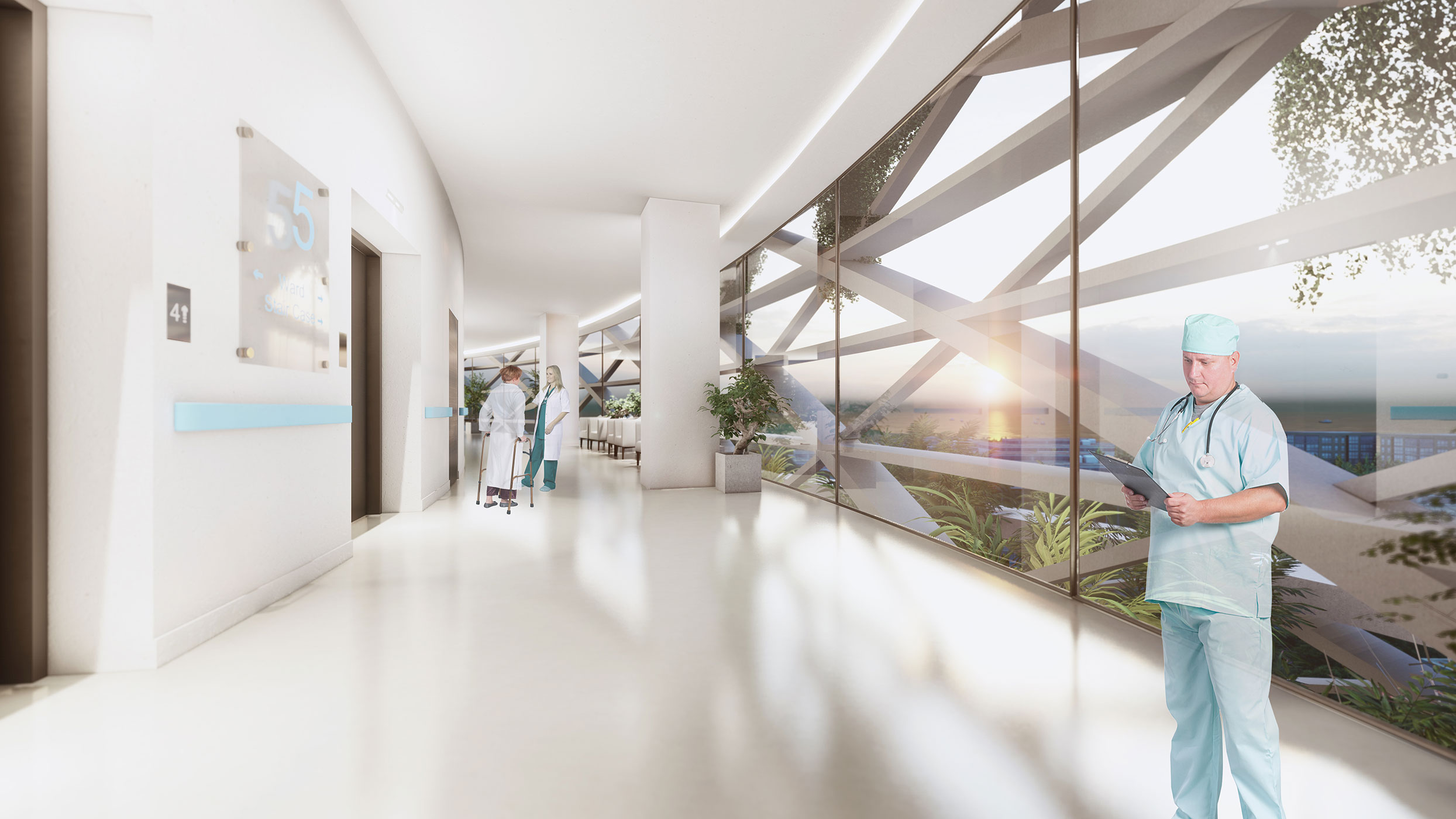 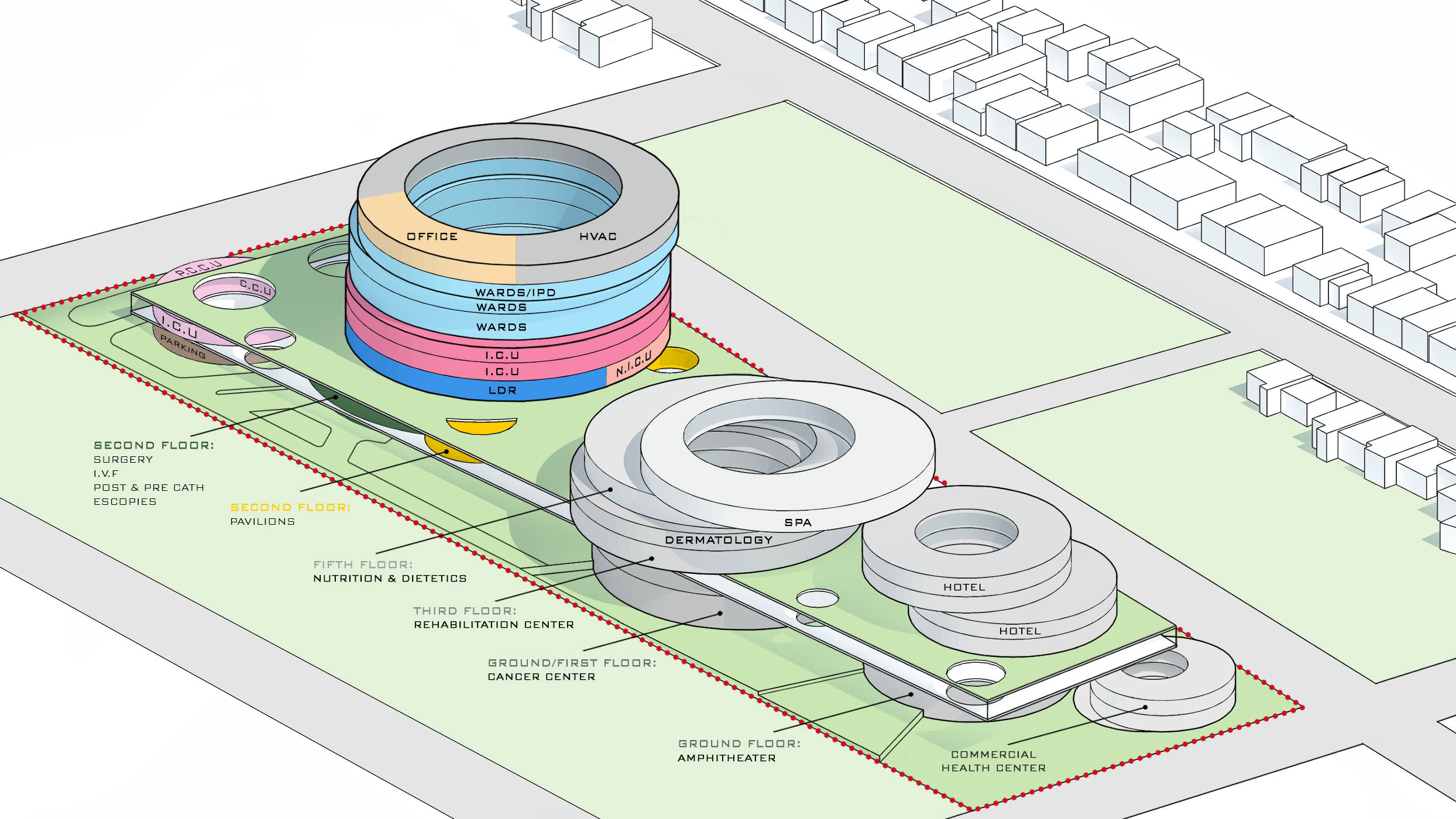 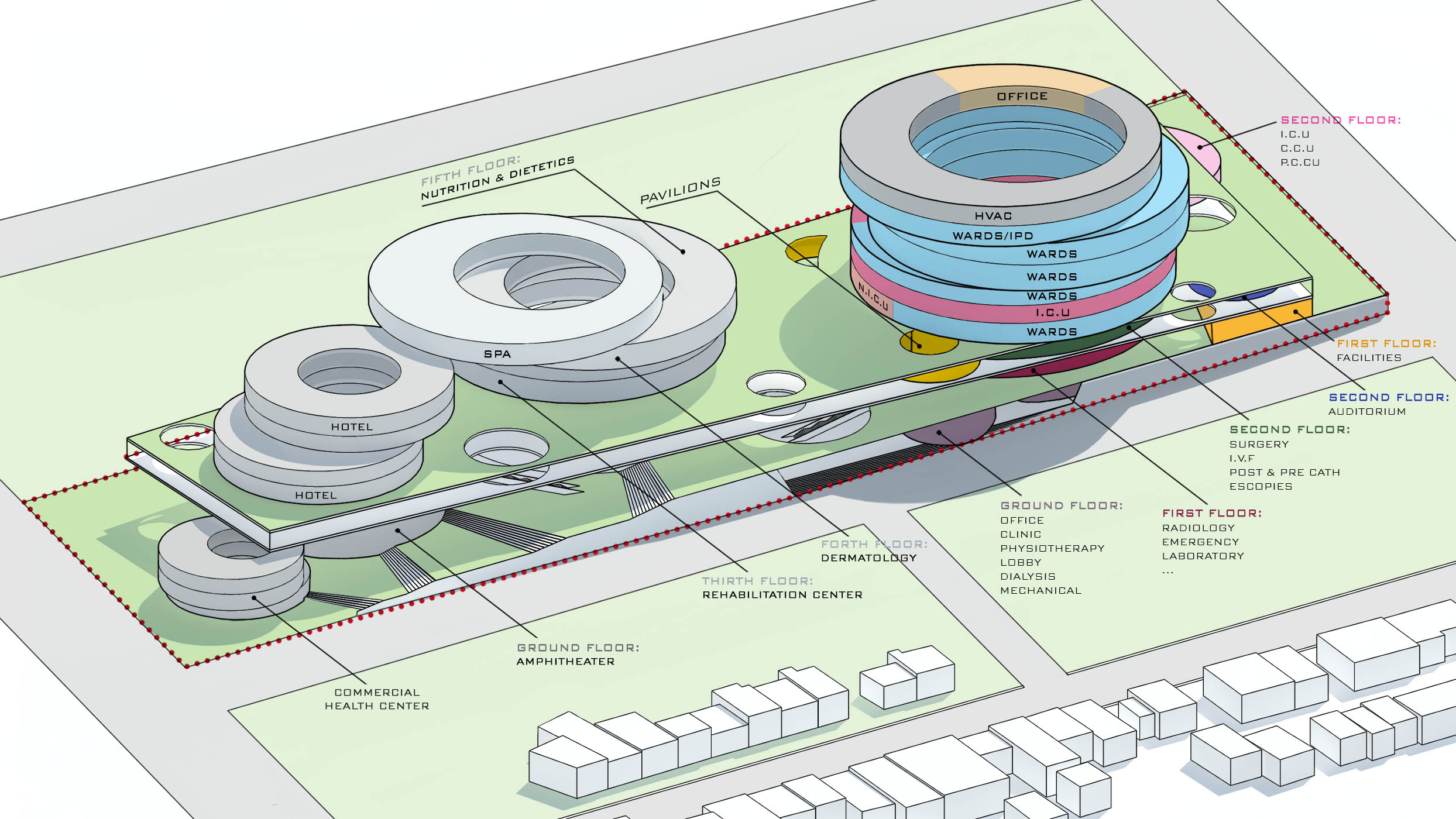